“You get old and you realize there are no answers, just stories.” Garrison Keillor 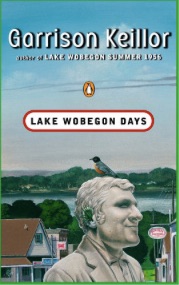 who says he is not retiring, just taking time off to write.

Now, some would say Keillor has done nothing but write, with six Lake Woebegone books and 42 years of stories about Guy Noir, Lefty and Dusty, and tales of the town made up of good-looking men, above average children, and strong women.

I am old enough that, though we had a television, my parents still listened to plays on the radio, (Fibber McGee and Molly, The Lone Ranger,) as my mother darned socks or worked crossword puzzles. Keillor tapped into that tradition, survived in spite of the demise of shows like it, and in a warm as honey baritone carried us into the prairie. 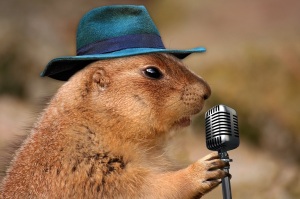 For me, listening to him was like being at a family gathering where my uncles traded stories of a time gone by. They would regale my cousins and me in the grand tradition of the storytelling that happened around the hearth in the days of “remember when” and “when I was a kid.” All of us would sit at their feet or lie on the floor on our bellies on the living room rug, open-mouthed, enraptured by their words.

One of the men in my writing group is a lot like Keillor. Dossey is an older, retired, former Maritime sailor who is spinning a yarn about a World War II submarine attack. Every time we meet, he begins by apologizing for serving up a “pig’s breakfast,” then he reminds us that he doesn’t know about grammar or writing.  And yes, there’s a missing comma or two, and the  occasional verb tense issue, but let me tell you he has captured the attention of every one of us with his riveting story, told in the unmistakable voice of a man who earned his life at sea. Dossey tells us he is “keeping a promise” to relate this tale that was told to him, but he spins it so realistically that all of us see it unfold before our eyes as if it were a movie, or we were characters within it watching from the beach.  Now, that is writing! 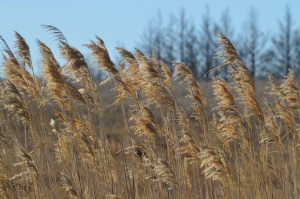 To me, writing should be irresistible. It should defy the need to be defined by genre, be compelling enough that, though we may hear about things beyond our experience, the telling makes us feel a part of the story.

I  constantly tell Dossey that others can get the commas right, but not everyone can captivate like he can. It is a lost art.

In describing music, my mother used to say, there are technicians who play the notes flawlessly, perfect, pristine…and soulless. Then, there are musicians who savor the notes, the pauses between them, the rhythms and cadence, and lift your spirits as they carry you with them to where the heart of the song lives.

That is what real story telling is, I believe. Keillor in his aw, shucks, manner,  the warm treacle of a town time forgot, Dossey in his mariner’s tale, and a few others know that.

I don’t know if Keillor will ever write the novel that fills his dreams. He certainly won’t be Hemingway, Fitzgerald, or Shakespeare. Perhaps, he hasn’t suffered enough, or lived in the correct garret in poverty. Maybe living in the softness of Lake Wobegon and the vastness of the flat land has fitted him for other books.

I just hope he will remain Keillor. I think, while he might not see it, the answer to his yearning is his stories.

What I do know is, his fans will miss him. For 42 years, we have been his companions, eating powder milk biscuits, and traveling the backwater of rural Minnesota with him, riding along on the prairie.

I don’t know about you, but I am a stronger woman for having made the journey.

Writer living in North Carolina. Originally from upstate New York. I love my family, my community, and my friends, and embrace 'living deliberately' in the world, trying to make a difference. I have written an as yet unpublished book, The Call, an epic fantasy with historical fiction and folklore elements. My blog is for other writers, for those who love a good read, and for all who, like me, are looking to find and live their call.
View all posts by joanneeddy →
This entry was posted in Writings by Wordsmiths and Others and tagged "Get rid of everything not the story", Garrison Keillor, storytellers, storytelling, there are no answers just stories, Writing. Bookmark the permalink.