“Remember, death and life are in the power of the tongue.”     Joel Osteen

Every week, I work hard on my posts. Some come in an all encompassing idea, whole, springing almost completely written, Athena like and I sit down, the words flowing, coming to me as if I am taking dictation from an unnamed oracle. Even then, as if each word were the sum total of the rest, worth everything, I tweak a word, finesse a thought, play with other words, re-order them until every single one is a perfect fit.

With other posts, I have a kernel of an idea, but I labor over the words, long and hard. I set the post aside when I get stuck, come back to wrestle it again, eliminate a section, add another, doing major rewrites only to discard them, restoring a sentence from a draft and fighting for every word. Words matter.

That is to say, I believe in the power of writing words. I take it seriously. I am someone who never thinks, “It’s just words.” 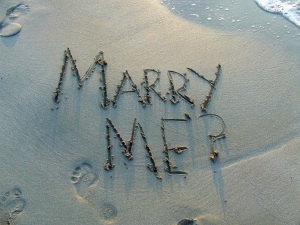 Yet, the matter with words is they can heal or kill, encourage or defeat, intimidate or elevate, inspire or denigrate. Just simple words can break a heart or make a difference. The right words can change the world.

Over and over, the survivors of abuse in the women’s group I ran told me that they would rather be hit than humiliated, that bruises healed faster than shame.

Napoleon Hill said it this way: “Think twice before you speak, because your words and influence will plant the seed of either success or failure in the mind of another.”

The matter with words is that they hit harder than a fist and can inflict damage that lasts a lifetime. They can make a person second-guess their every choice, accept that they are worthless, and reduce someone to acquiescence, to accepting that their private selves, their bodies, their very being can be subjected to the whims of another.

One of the loveliest things about writing is that it can be used to teach us a lesson with supreme deftness. It can speak in allegory and allow readers to draw their own inference from what is written by bringing their own views to what they see in what they read. So please add your own context to my words.

This is mine:  Words are my tool, and I prefer using the delicate touch of the finest jeweler rather than using the laborer’s sledgehammer. I wish to wield them with grace instead of to bludgeon. Words matter, so I will only say this: Friday, I heard a man on a tape use words with casually brutality. On Sunday, I heard him excuse them. “It’s just words,” he said, wanting us to think they were only words.

It is never only words.We can not, must not, accept the discussion of unjust, dehumanizing actions toward others as just words, anymore than we can accept the actions they are meant to justify, as if brutality is never brutal, as if words don’t underlie the taking of a life, or the living of a lie.

Writer living in North Carolina. Originally from upstate New York. I love my family, my community, and my friends, and embrace 'living deliberately' in the world, trying to make a difference. I have written an as yet unpublished book, The Call, an epic fantasy with historical fiction and folklore elements. My blog is for other writers, for those who love a good read, and for all who, like me, are looking to find and live their call.
View all posts by joanneeddy →
This entry was posted in Writings by Wordsmiths and Others and tagged 2016 Election, 2nd Trump Clinton debate, finding meaning in words, It's just words, locker room words, the importance of words, the matter with words. blog, Trumps excuse, words matter, Writing. Bookmark the permalink.