The Day After America’s Brexit

Posted on November 9, 2016 by joanneeddy

“When there is no enemy within, the enemies outside cannot hurt you.”
― Winston S. Churchill

“With malice toward none, with charity for all…let us bind up the nation’s wounds, and cherish a just and lasting peace among ourselves…”   Abraham Lincoln

I wrote a post the day before the election between Hillary Clinton and Donald Trump thinking Hillary would win. This is not exactly that post. Though those were the quotes I was using, and I still believe them.

I said in it I would post it Wednesday, today, regardless of the victor, but though I have edited it, and fear it will be more difficult with the candidate who won, my feelings are the same.

This has been the ugliest election I have ever witnessed and it has done damage to individuals and institutions from the Democratic National Committee, to the Republican Party, to the FBI. And now, America has chosen an angry isolationist who has made promises no man can keep. Maybe he will remove regulations and some mining jobs will return, but just as innovation led to assembly lines, technology has led to automation. Cheap labor will remain overseas. And the only jobs left in manufacturing will be for those who go out and get advanced technical training.

Backbreaking jobs may always exist but they won’t make the kind of money they used to. Even if that is what those who elected him think Trump meant. The world has moved on and looking backward will not change anything. But we do have to move on, and we have to find a way to move forward together. 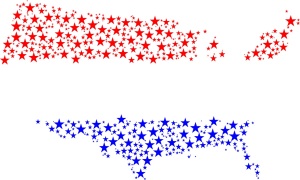 Like the phoenix, please help America rise above the ashes of this election.

I guess the hows have slightly changed but basically remain. How can we do this:

And America we have to hold our representatives to that standard. They work for us, the collective us, for our nation, for the best interests of our country which is best served when we work collaboratively, when we seek the common ground upon which we were founded.

We must resist polarization and not be controlled by it.  By running to extremes, we may hold the other side in check, but all sides lose. It is only by meeting in the middle, by finding compromises, that there can be a win – win for all. And that is the way America has been governed except in the worst parts of our history.

I listened on Tuesday to the Diane Rehm’s show and heard them describe the country as being as divided as it was just before the Civil War. Tribal and racial politics and a tribal media are dividing us into a white America and a minority America, into differences by gender, by class, by race, by wealth, by country of origin (though other than native Americans all of us come from elsewhere), by rural versus urban dwellers, by education level, by older versus millennial concerns. And with those differences, have come grievances.  But we are one America and we can one be strong if we do not let ourselves be divided, if we choose to stand up not just for self but for all. America, at heart, has always believed that we rise together. but we need to see that belief actualized with no one left behind.  And we cannot insist that benefitting the rich always benefits the poor…it has been demonstrated time and again that it doesn’t.

What we need is for both sides to believe the country needs to be governed and the framers of our Constitution created a shared government that worked together – certainly with some checks and balances – but not a government that refuses to work, committed only to thwarting the other side or reversing anything its predecessor achieved,

My view is we need our president to heal these divides. That is an immense problem and even a Lincoln might have struggled if he had lived.  Unfortunately, neither candidate was or is a Lincoln. We need one.

But WE are still the Land of Lincoln. WE are Americans first before we are Republicans or Democrats. WE are the people and if we insist that America works, it will.

What will that take?  A commitment to LISTEN to each other. To hear the concerns that underlie the positions. To really attend to and value those needs. To find the ones that WE share.  We clearly have some. We all want America to be strong. We all want America to remain a place of opportunity including for the blue-collar formerly middle class workers whose jobs in manufacturing, in mining, have been lost, and the struggling underclass. While we have always had “millionaires,” we have never had an oligarchy. We have always seen America as a land of opportunity…for everyone. WE need to make that true. 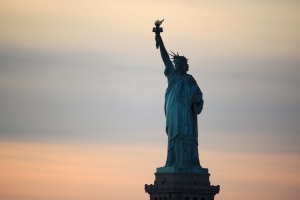 We need to listen to business concerns and make the American economy strong AND see that there are workers at the bottom who are still struggling though the economy and the Stock Market have returned to the pre-2008 levels. We need to solve health care for everyone. We are a nation of immigrants and we need to decide how we respond to the humanitarian refugee crisis while still keeping ourselves safe from terrorism. We also need to realize we are not the boss of the world, but that the world does rely on us. As John F. Kennedy quoted, “From those to whom much has been given, much is required.”  [Luke 12]  If we are going to remain great, we need to use that greatness for good.

We have to stop being EITHER OR and return to a BOTH AND concept of governing and loving in the world.

If you are reading this on Wednesday November 9th, or later, I ask you on this day to commit to America coming together again as One Nation, under God, with liberty and justice for all and insist whoever leads us at any time in our future,  they lead us in that direction.

Writer living in North Carolina. Originally from upstate New York. I love my family, my community, and my friends, and embrace 'living deliberately' in the world, trying to make a difference. I have written an as yet unpublished book, The Call, an epic fantasy with historical fiction and folklore elements. My blog is for other writers, for those who love a good read, and for all who, like me, are looking to find and live their call.
View all posts by joanneeddy →
This entry was posted in Writings by Wordsmiths and Others and tagged 2016 Election, coming together post election, healing the divides in America, Lincoln, Stronger together, the Day after America's Brexit, The Day After the Election, the need for unity post election. Churchill, united we stand divided we falk, when there is no enemy within the enemies outside cannot hurt you, with malice toward none. Bookmark the permalink.

19 Responses to The Day After America’s Brexit