The Phenomenon of Rage

“The critical distinction between anger and rage is related to time and intensity. Anger tends to arise “in the moment,” generating intensity that usually leads to an emotional
release that quickly reduces tension. When it is denied expression, the intensity associated with it festers, and eventually is transformed into rage. Thus, suppressed anger acts as an incubator for rage.”  Dr. Kenneth Hardy

Looking at the political climate recently the concept of rage has been on my mind.

A context:  I am a clinical social worker and used to express a somewhat similar thought, but in the other direction. I often used to tell clients anger was hurt turned outward:  that when their spouse or child or friend or colleague hurt them, turning that hurt back on the perpetrator with anger was common, but not necessarily the best response. It was a bit protective in providing distance from the one who inflicted hurt, and it could be emotional cathartic, but it rarely would solve the problem that led to them being hurt. 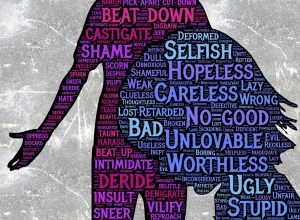 I have also used a variant of the concept:  that depression was anger turned inward. Sort of the next step from the above…that when the world hurts us and that angers us but we can’t or don’t express it, if instead we hold it in, perhaps even get mad at ourselves for not being able to stop the hurt, we can become overwhelmed, depressed, even despairing.

The simple answer, and in some ways over-simplified answer is: We need to be able to stand up assertively (not aggressively or angrily or defensively) for ourselves.  To do that we need to feel good enough about ourselves to face the “slings and arrows” of the world with a kind of impervious shield made of confidence and an awareness of what we believe in and can stand up for.

Learning that assertiveness can be profoundly helpful in many circumstances: with a bully in our school or at our job, with an overly dominant or abusive loved one. However, this is often more difficult than simple and may need the help of a therapist to achieve. 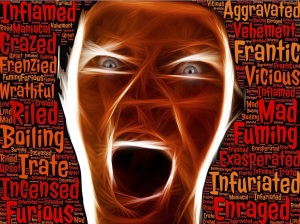 But today, I have been thinking about the rage in our country that seems to be fueling some of our dissension in the current election.

Lately, I began remembering the Principles of Rage from a class I attended about this dynamic as Ken Hardy outlined it for African Americans experiencing racism and a silencing of their protests about that experience.

Dr. Hardy’s framework for rage was that when you are in a system that consistently oppresses or discounts you and you cannot overcome the issues that you face along with people like yourself, no matter how valiantly you try, you become angry. If even then change does not occur, overtime that anger can harden and  become rage, despair, and alienation.

This is not a post about race, though I may post more on that in the future as President Obama has said, it truly merits consideration.

It is a post about rage. And Dr. Hardy’s principles more broadly apply, I believe, to the times we are in.

Unemployed blue-collar white men, former line workers in manufacturing plants, auto companies, steel mills, or coal mines who had able to achieve a middle class lifestyle through hard work and no longer can are caught in the throes of rage. Unfulfilled promises and failed answers have been compressed with frustration into outrage. They are flocking to the embrace of a man who has offered to “be their voice.”  And he spews anger effectively, directing them to blame “the Other.”  That is not the answer to the issue. Nor is it to be found in inflaming anger, or issuing veiled threats or calls to arms. But this post is not about him.

I hope it is about us. 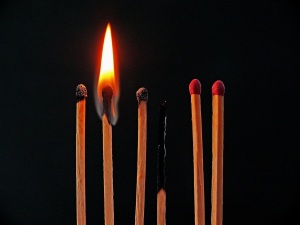 I have liberal friends who are lambasting him and his followers. I understand why. He scares them. He scares me. And the crudeness and hatred voiced by some of his followers is ugly. He and they seem to relish it. Yet, the answer is not to cut it off and silence it, not until we hear the pain, the genuine underlying hurt in many of them that is all too real. To shout them down, or shut them up. will only fuel the rage.

And that is not who we are. America has always been the land of opportunity. Imagine what it is like to have a good life and then lose it, along with your home, extinguished with your dream for a better life for your children.

I have worked with many who came back to school in the Great Recession post 2008 to get a GED, to get technical training, to pick up yet another certification to try to reassert their place in the world, to keep on feeding their families. Many are still struggling. 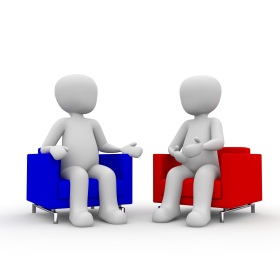 We need as a country to care about that. We need to begin to hold the powers that be to an accounting. The answer can never be to just say “No” to the other side. We need to insist that they sit down and hammer out compromises, and they work together to assure we offer that American possibility to all, regardless of race, gender or ethnicity or political party.

We need laws that are fair and do not disadvantage some for the benefit of a few.

We need to provide an education that assures the ability to do the jobs available now and ones that will be there tomorrow, and we must give the dispossessed a hand up to opportunities in a world that is changing. 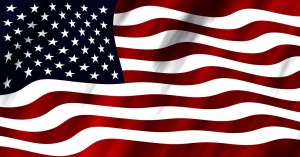 America is better than this campaign and we are more than this election. We are not the land of quitters, and we are more than good losers. Our strength is not found in hating the other side opposing anything they try. Rather, like our founders, we need to set aside anger and work on solutions and compromises. We can find the answers, together.

Writer living in North Carolina. Originally from upstate New York. I love my family, my community, and my friends, and embrace 'living deliberately' in the world, trying to make a difference. I have written an as yet unpublished book, The Call, an epic fantasy with historical fiction and folklore elements. My blog is for other writers, for those who love a good read, and for all who, like me, are looking to find and live their call.
View all posts by joanneeddy →
This entry was posted in Writings by Wordsmiths and Others and tagged America ad the Phenomenon of Rage, anger, Anger and Politics, anger in the 2016 election, anger non-college educated men, anger of the unemployed, anger unexpressed becomes rage, angers evolution into rage, Dr. Kenneth Hardy, job loss and anger, politics in 2016, Rage, The Phenomenon of Rage, the rage of the blue collar workers, Trump followers. Bookmark the permalink.

21 Responses to The Phenomenon of Rage