Notes in the Margin – On Writing 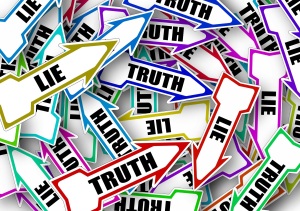 “Fiction is the Truth behind the lie.”  Stephen King

A month ago, Wordsmith Writers, my writing group, decided to share a book on writing.  This week we will discuss the beginning section of “On Writing: A Memoire of the Craft” by Stephen King. This has provoked a lot of thought on my part about my writing, as well as on King’s ideas.

Some Personal Thoughts on writing

Wanting to write for me, as for many including King, started as a love affair with words when I was a child. Words, books, transported me, made me laugh, moved me to tears, taught me important ideas and obscure facts, led me to adventures, and let me wander in other lands and lives. It was an escape and a delight. It called to something inside of me and made my heart sing. While there were many years when I only wrote grant applications and reports, that music lived within me until I had to let the song out.

Words are thought given form leading the author to take pen to a blank page, or to tap words into a computer document. That interplay between the words and the writer’s mind and spirit is often lyrical, the flow seamless. Writing comes pouring out without any sense of effort on my part and I have no awareness of the computer or my individual fingers tapping a’s, t’s or m’s, no sense of myself, only story unfolding before me just as it did when I lay on my bed reading, immersed in the words of a book, oblivious to everything else. Those moments are magic, lightening captured, music swelling inside bursting free.

I am not sure how anyone can teach anything about that kind of moment.  I had one whole chapter, more than twenty pages, come to me that way once. It is the “history” chapter of my book and through all my edits and re-edits that chapter has stood virtually intact. But those moments, bursts of thought and words, lovely words, make writing alive to me.

Yet, writing isn’t always like that. Sometimes, writing can take incredible effort, words trickle out, it is a wrestling match, an exercise of will and even when the words come they have to be rewritten almost as soon as they appear on the page. Then, if you keep digging, the magic comes again. Often it seems a balance somewhere in-between. 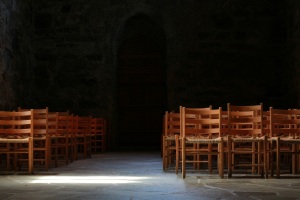 Easy or difficult, writing doesn’t end with that one on one interaction between writer and word. Writing is more. It is story, or exposition, and while story has its beginning in a writer’s head, even getting it on a page is not enough. Stories are intended to be told or read. If it is music, it may need to be orchestrated and fine tuned, but then it has to be sung.  It requires an audience.

To play with the Stephen King quote above, it is not enough that a story captures a writer’s truth. A story must be written in such a way that it resonates with a more universal Truth, the readers’ truth. Our magic moment, our lightning in the jar of our book, needs to strike a chord inside our reader, capture them and transport them, delighted or terrified, sad, or enraptured, challenged or stimulated into being a part of our story…solving the crime, helping the hero, rooting for our characters or hating the villain and trying to outwit him

I am tempted to say, “That’s the hard part.” 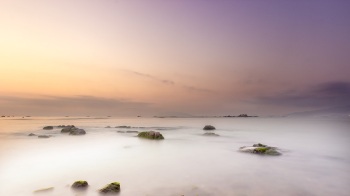 But the truth is from getting an idea as an ethereal concept floating in your mind, to thinking it through and researching and refining, to first draft, to editing, to querying, to publishing, every step has its own challenges….and different magical moments.

So, how does that happen? What is the process?

Ahh….There are probably as many answers to that question as there are genres multiplied by different styles of writing and writers. But there are some underlying principles.

A Learning from Stephen King 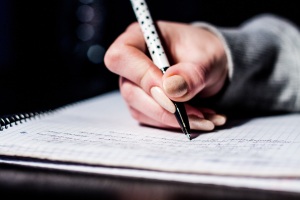 I was the always a do her homework plus more person. Always hand up in the air, geeky underliner, write in the margins with notes like an out-line kind of student (always hit upon for my class notes). I first read King’s book years ago, yet much of it has stuck with me to this day. So I invite you to see this part of my post as my notes in the margins of On Writing.

I am definitely not Stephen King, nor am I “a King-like writer.”  I have read The Stand and watched the movies of Carrie and Stand By Me, but never made it through The Shining. We don’t write the same genre, but I admire him for the writer and especially the storyteller he is. No, he’s not Hemingway or Fitzgerald, but he can create feeling (I just don’t love fear and terror) and catch you up in his stories. His characters, if macabre, seem real. He does know his readers, and he knows what sells. He is a master of the craft.

This first part of the book is a memoire, not the how-to part, but it set off questions and responses in me.  If I gave my copy of his book to you, you would find them in red in the margins and end pages.

Where do a writer’s ideas come from?  He says, “We never ask…other writers…where we get our ideas, we know we don’t know.”  Yet, he shares life stories that presage some of his written stories. His mother told him about death and seeing a dead body, inspiration perhaps for “The Body” which became Stand By Me. He relates an anecdote that could lead to “Misery,” and rats in the attic at his grandmother’s house. He tells of watching “Poe Movies,” reading incessantly, and discussions with other writers. If King’s ideas come from some nebulous ether he can’t identify, I would say he filled that with reflections on his life and the stimulation from the thoughts of others, mixed with that quirky element that is his own unique, perhaps skewed and idiosyncratic, perspective.

Are there holes in a story?  My take is he set it aside and took it back up later. He rewrote it when he could rethink it. Sometimes, he rethought it and set it back aside, other time he decided it was good enough to sell and he needed the money.

How do you handle rejection? He took a nail and tacked rejection letters to the wall over his desk….and when the weight made them fell down he got a bigger nail.  Message to me:  if rejection is getting to you hammer it harder, work harder, don’t quit until you get an acceptance. (Probably better than driving a nail through the email rejections on my computer screen!)

Why write?  Why did he write? Again, this is just my conclusion from what he says and doesn’t say:  as a child when he read he thought of how the story might have been different, how he would change it, and played with it and it morphed and evoked a different story; and then his mother encouraged him and told him he could write; his teachers and school staff criticized some satire he had written and sold for 25 cents a copy, but told him he had talent; then, as punishment or to redirect him, got him a job writing. So, ultimately I think it came down to ideas, praise, practice, and pay.

Who do we write for?  King’s answer is a great quote: “When you write a story, you are telling yourself a story. When you rewrite, your main job is taking out all the things that are not the story.”  So in my note shorthand: The first draft is for me. The second, third and tenth are for the reader.

How do you learn to write?  My take on the short answer he doesn’t give:  You write.  And while you write you learn the mechanics (Strunk and White is sort of the Bible.) And at least while he was in school he went to a Writer’s group and critiqued and was critiqued. And in that job he got, he had a great editor from whom he learned, a lot.

How do you understand characters who are not like you? King discussed in length how he got his idea for Carrie with several thoughts and an article he read merging into the concept.  But what did he know of girls’ puberty: his wife told him. What did he know about being bullied?  He remembered two girls from his high school days and he thought deeply about them and about their experience. With now adult eyes, he looked back and walked in their shoes…and Carrie came to life. He still didn’t love her, but he came to understand her. So, research, people watching, and experts.

Ok, really long post…end of the Memoire….maybe Note in the Margin Part Two on the other part of King’s book next week.

Writer living in North Carolina. Originally from upstate New York. I love my family, my community, and my friends, and embrace 'living deliberately' in the world, trying to make a difference. I have written an as yet unpublished book, The Call, an epic fantasy with historical fiction and folklore elements. My blog is for other writers, for those who love a good read, and for all who, like me, are looking to find and live their call.
View all posts by joanneeddy →
This entry was posted in Writings by Wordsmiths and Others and tagged Fiction is the truth behind the lie, how to write, Notes in the Margin, rewrite to take out everything that is not the story, Stephen King, Stephen King On Writing, where do ideas come from, Wordsmith Writers, Writing. Bookmark the permalink.

5 Responses to Notes in the Margin – On Writing